Join us this summer for a celebration of 60 years of Rose Cup Races July 9 through July 11 at Portland International Raceway (PIR). Fans from across the country will gather to enjoy high speed racing by seven different race groups, special salutes to the cars, exhibits, displays, vendors and more. Continuing as a Portland Rose Festival event presented by Friends of PIR, the Rose Cup Races was the first major event ever held at PIR in 1961 and has taken place annually ever since. Gates open at 7:30 a.m. daily, with cars on course by 8:30 a.m. on Friday and Saturday, and 9 a.m. on Sunday; races run until late afternoon. Tickets go on sale May 15 at RoseCup.com.

Fans can look forward to practice and qualifying on Friday, July 9; additional qualifying and races on Saturday, July 10; and a full day of featured races, celebrations and ceremonies on Sunday, July 11. Beyond racing, look for a visual display of Rose Cup Races history alongside a Vanport history exhibit; car club corrals; car club parade; and numerous vendors. 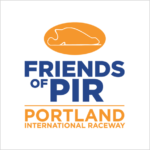 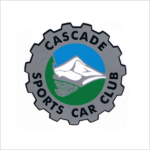